Ask An Owl: Fun with Radiation

I’m afraid of radiation. What do I do?

Your fear of radiation, while probably well intended, is faulted. There is nothing wrong with having a few thousand rems flash through your body. Some say, “Oh, but I live in Japan! I was one of the plant crew that stayed around while the core melted our skin off!” To those critics, I say, “Well you’re still alive. Surely radiation must have helped with that!”

Yes, I am on the Ann Coulter bandwagon, and not because she’s a cute blonde whose voice makes me want to shove a sock in her mouth. I agree with her clearly factual insight that radiation is good for you, because not only does it make perfect sense, but there is plenty of evidence pointing to how being irradiated is so amazing that we should all buy brushes with plutonium handles.

Here are some examples:

1) Binky from The Simpsons

This lovable Simpsons character paved the way for nuclear power plants around the country. As Mr. Burns said,  his extra eye is merely the next step in evolution. Not only that, but his radioactive taste protects him from being eaten by predators like, the previously mentioned, Mr. Burns. Extra eyes, arms, legs, members…since when is more not better?
__________________________________
2) Almost every super-hero in the universe

Radiation is a key part to almost every superhero known to man. Peter Parker became Spiderman after being bitten by a radioactive spider. The Fantastic Four turned into a gang of super-freaks after flying through “cosmic rays”, also known as space radiation. Jon Osterman locks himself in an intrinsic field testing room and is disintegrated, only to turn into Doctor Manhattan, capable of pleasing his girlfriend 4 times over while still working and brewing coffee. Dopey Bill Bixby is irradiated and turns into Lou Ferrigno.

Should I go on? 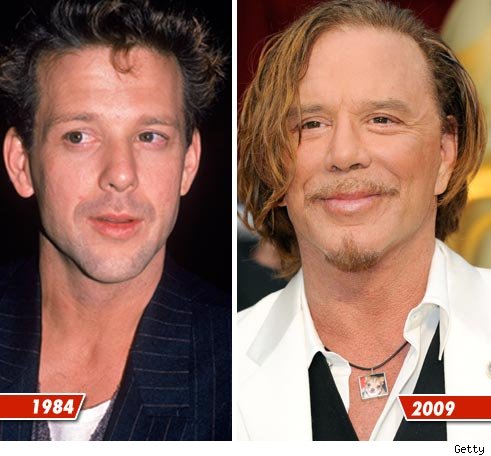 Radiation saved Mickey Rourke’s career. Before, he was just an olf version of Freddy Prinz Jr., which led to nothing more than bit parts in any credibly movie. After being irradiated by a gamma bomb(see above for Hulk), he became perfect for his breakout role as Marv in Sin City, leading to fame fortune, and Oscars.

I could go on, but I think the facts speak for themselves. Ann Coulter knows exactly what she’s talking about.

Do not fear the wave of radiation.

By Ask An Owl